The album was on four Norwegian blog’s top lists of albums released in 2011:
#1 Platearbeidaren
#3 No Deal Music
#34 Musikkbloggen
#35 Berekvam

“ROBERT POST’S MOST EXCEPTIONAL AND BEST ALBUM SO FAR” Firdaposten

Got None is a classic pop gem clad in a velvety arrangement with soothing strings. If you love it, you’ll love the album. There’s something timeless with Robert Post, but not in an antiquated sense – the music’s too lively. Dagbladet

Well written, great arrangements, vibrant and with perfect dosage of both nostalgia and melancholy… VG (4/6)

The Times on Robert Post’s debut single and album:

“Who is he? A Norwegian who has penned this year’s greatest pop song. Got None, Post’s debut single, is one of those tracks that sound preordained. A keening lullaby that recalls the effortless songsmithery of Paul McCartney, Andrew Gold, Billy Joel and Ed Harcourt, it’s a classic example of a song where one melody doesn’t so much give way to the next as dictate it and make it seem inevitable. The story goes that Post was driving a taxi and, finding that he had the head of Mercury A&R in the back of his cab, cheekily blasted his passenger with a demo tape. Apocryphal or not, Mercury has reason to congratulate itself: for Got None is no one-off. The whole of Post’s eponymous debut album glories in tunes many songwriters would kill for.” 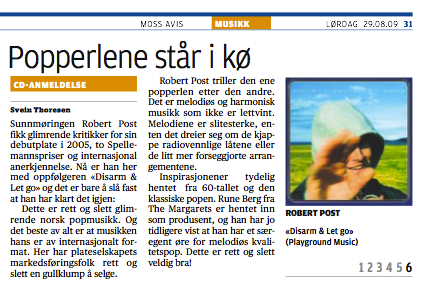 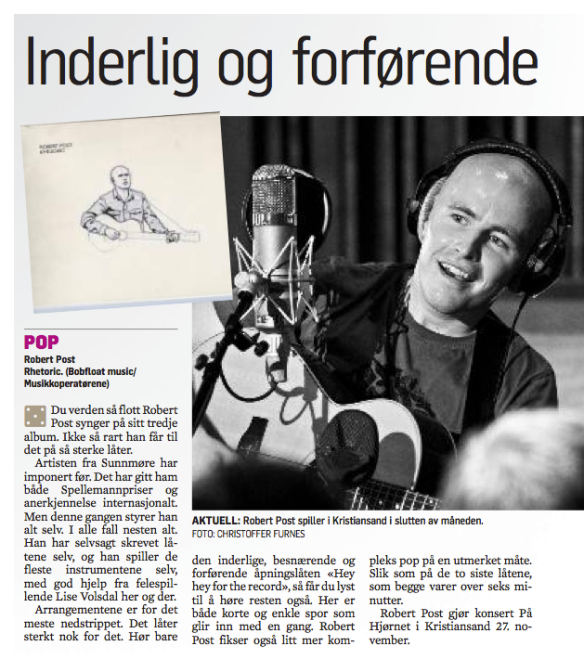